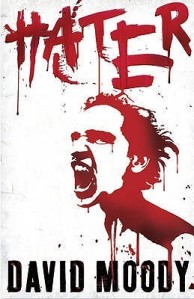 “Society is rocked by a sudden increase in the number of violent assaults on individuals. Christened ‘Haters’ by the media, the attackers strike without warning, killing all who cross their path. The assaults are brutal, remorseless and extreme: within seconds, normally rational, self-controlled people become frenzied, vicious killers. There are no apparent links as a hundred random attacks become a thousand, then hundreds of thousands. Everyone, irrespective of gender, age, race or any other difference, has the potential to become a victim – or a Hater. People are afraid to go to work, afraid to leave their homes and, increasingly, afraid that at any moment their friends, even their closest family, could turn on them with ultra violent intent. Waking up each morning, no matter how well defended, everyone must now consider the fact that by the end of the day, they might be dead. Or perhaps worse, become a killer themselves. As the status quo shifts, ATTACK FIRST, ASK QUESTIONS LATER becomes the order of the day… only, the answers might be much different than what you expect….
In the tradition of H. G. Wells and Richard Matheson, Hater is one man’s story of his place in a world gone mad— a world infected with fear, violence, and HATE.”

This was a terrifyingly brilliant read. Hater really gets you with the ‘what-if?’ factor. Moody’s portrayal of inexplicable paranoia and primal rage is absolute genius.

Danny is a great point of reference throughout the novel. As readers we identify with him so easily, with his frustrations at work and home, and once we’re on-side with him it’s a hell of a journey through the final stages of the novel. He’s an uncomfortable character in many ways, not least because you do get sick of his eternal whining and self-pity, but at the same time those qualities are so common in so many of us that you can’t hold it against him, and feel uneasy when you can see the lesser parts of yourself mirrored. Same goes, I think, for the brutal level of pure, unencumbered violence here.

There’s an element of repetition to the novel that’s annoyed some readers, and I can understand why. Danny whines, a lot, and the descriptions of the Hater attacks all follow the same format and in some ways lose their impact therein. Add to this the fact that the ending of the book gets you no closer to finding out what’s really going on and you do have some seriously dissatisfied folk making narked comments all over the internet. And I get it, I really do, but the thing is, it doesn’t matter because it’s such a unique and compelling read that I’m lavishing five stars on it, niggles and frustrations and all. Yes, the ending was a bit of a let down, but it’s book one of three and you know there’s always going to be plenty held back. Obviously it would have been nice to find out more without having to part with another £7.99, but money’s the name of the game isn’t it? I ordered the second book as soon as I’d finished the first.

The intensity of the paranoia is what made Hater such a winner for me. The them vs us mentality, and being able to experience it from both sides was powerful, and this one stayed in my head a long time after I finished the last page. It’s one I’d heartily recommend, far from perfect technically, but it really doesn’t matter because in terms of sheer entertainment and originality, it’s genius.

For those of you who don’t mind reading at the computer (I can’t do it, I don’t know why, I just can’t), David Moody’s Trust is available to read for free here

I’m 20 pages off finishing Hater, and I’m loving it to death so there’ll be a review very soon. I’ve ordered myself the next two in the series, and I’m eyeing up his Autumn series too.I am captivated. Utterly captivated.

Welcome to my all-new review site, “Horrorfied“. I’m going to be trialling it initially with just a  Wordpress dot com tag, but if it works out, I’ll happily switch this over to its own domain in the very near future.

Where did this new idea come from? Well, with my own writing starting to take a darker turn, combined with the fact that British Horror Writers seem to be hugely under represented in the Blog-o-sphere, I wanted to devote a place to some seriously British Horror Reviews. It’s an idea that was largely inspired by the recent death of one of the very Best of British, and as I look forward to a self-indulgent re-read of some of his many classics I thought it would be nice to have a place to chronicle my journey back through them, as well as somewhere to document my exploration of the many other home-grown talents that I’m beginning to discover.

To kick things off, my focus will initially be on the following authors:

These gents should keep me busy for awhile, and give me plenty to talk about. And I’m hoping they’ll give a pretty damn impressive opening demonstration of how British writers handle the genre. Don’t get me wrong, I love US Horror as much as the next genre-junkie, but sometimes The Rest Of The World seems so ridiculously under-championed that they deserve a serious shout out. With a megaphone. Possibly two.

And of course, the above Legends aren’t even a fraction of the ground I want to cover on here. I have some huge plans for this site if Life, The Universe and Everything allows.

My opening review on “Horrorfied” will be Gary McMahon’s “Concrete Grove“, which I’m about to start reading any second now. It’s the first in a trilogy that has been on my radar but remained unread for far too long.

Time to rectify that. I should admit right from the start here that I get very, very little free time these days, and I have a ridiculous habit of biting off more than I can chew. But this site sees a fresh determination to spend that time wisely and productively, but most importantly, enjoyably. And on that note, I’m away to bed to scare myself witless…